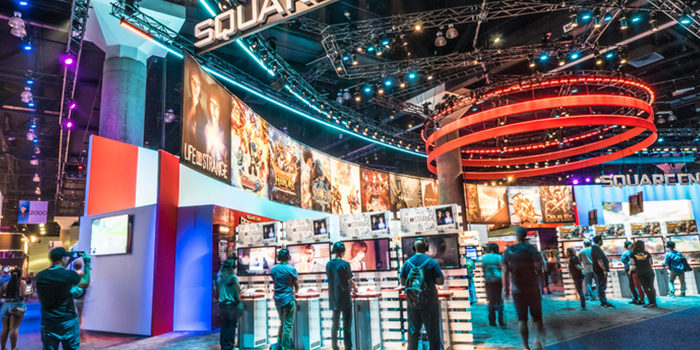 E34 microsoft34 nintendo31 Sony19
It’s almost that time again. E3, the biggest conference for gaming news, starts on June 12th, and runs through the 14th. What kinds of... 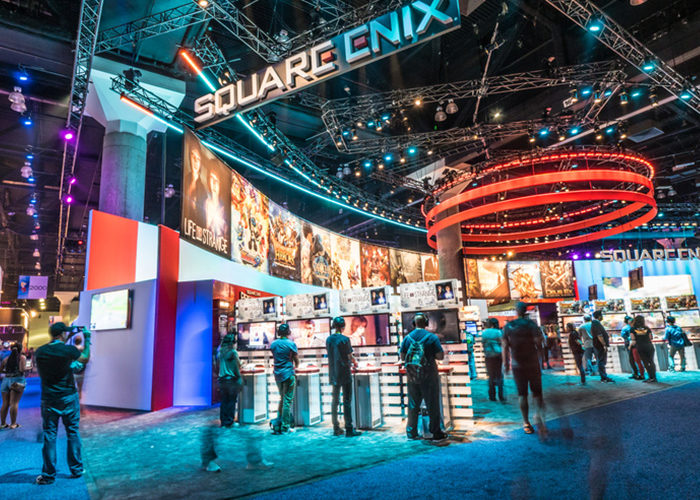 It’s almost that time again. E3, the biggest conference for gaming news, starts on June 12th, and runs through the 14th. What kinds of news can we expect from the big three console makers? And what news will break from third party developers? Buckle up and get ready for a one-way ride to hype town, because we’re counting down our biggest E3 wishes!

Rocksteady, the developers behind the phenomenal Batman: Arkham series, have been rumored to be working on a Superman game. Such a project may well represent a chance for the big blue Boy Scout to finally star in a good open-world video game.

After seeing what Rocksteady could do for the Caped Crusader, it’s exciting to think about how they could handle Superman. Free-flying through Metropolis, beating up bad guys and saving the innocent? Sounds like a recipe for an awesome adventure! Here’s hoping it doesn’t play anything like Superman 64…

There are rumors circulating that a reboot of the storied Fable franchise might be on the way. An announcement at E3 would be met with trepidation by some, and joy by others. Lionhead Studios, the team responsible for the series, was shuttered back in 2015. This came after a series of downright awful Fable titles that experimented with the series’ direction. Namely the disastrous “Fable: The Journey,” an on rails (!) shooting game (!!) that was played with Kinect (!!!).

However, Microsoft would be handling Fable 4’s development in-house. If they stick to the RPG roots the franchise was founded on, it could be something truly exciting for the struggling Xbox brand. Fingers crossed that Microsoft learns from past mistakes made with the franchise and just makes a freaking RPG. If this one even mentions the word Kinect, I’ll be disappointed.

It’s been rough for Gearbox lately. Their foray into the hero shooter genre, Battleborn, was absolutely trounced by Blizzard’s Overwatch. While Battleborn was quirky and cool in its own ways, it was unfavorably matched up against Blizzzard’s smash-hit. That’s in the past now, though, and Gearbox can push forward with their flagship franchise: Borderlands. The famous frenetic shooter was a smash-hit for Gearbox back in 2009, and its sequels were fantastic.

Borderlands: The Pre-Sequel, the last entry in the looter-shooter franchise, came out in 2014. In the meantime, the gaming world has changed pretty tremendously. Here’s hoping Gearbox sticks to their guns (ha) on this one and makes a solid Diablo-like shooting RPG. If they try to go toe-to-toe with Fortnite and make this one a battle royale I might scream. Gearbox, come on, guys: do what you’re best at!

With the exception of Elder Scrolls Online, we haven’t seen an Elder Scrolls game since 2011’s Skyrim. Many single-player RPG fans have been clamoring for another entry in the open-world series. While Bethesda has been experimenting with spin-off card game titles and their MMO, they’re clearly still dedicated to their core games.

Odds are pretty good we’ll see at least a trailer or some gameplay footage from a hypothetical new Elder Scrolls. However, some of Bethesda’s other franchises like Prey or Doom might be receiving the next full-game treatment. If so, we’ll be sure to see them at E3. With luck, we might just see one of those in addition to a new single-player Elder Scrolls!

Next Gen Systems from Sony and Microsoft

The Xbox One and PS4 are five years old now. There’s definitely some speculation that Sony and Microsoft might be showing off some new hardware at this year’s E3. If so, pricing, graphical capabilities and exclusive games will certainly be the topic of conversation.

However, it is worth noting that the Xbox One X and the PS4 Pro were recently released. This might give a bit of extra life to the aging systems. However, with the Nintendo Switch only recently being released, it might be wise of the other two console makers to fast-track their follow ups.

Star Fox is one of Nintendo’s flagship franchises, but it’s had a bit of a rough patch lately. The unusual and pervadingly awkward Star Fox Zero has somewhat sullied the franchise. However, rumor has it that a racing game like F-Zero is in the works with the Star Fox cast. This would be more than a little odd, but it would be interesting.

Nintendo hasn’t released an F-Zero title in America since 2003. Seeing it live on, even in spirit, would be great. I would definitely rather see a new F-Zero than see Star Fox become a racing game, I wouldn’t dismiss it out of hand. Hopefully, though, the rumor is empty, and we’ll see a real follow-up to 2006’s fantastic Star Fox: Command. Either way, expect to see something from Star Fox at E3!

Fire Emblem, once circling the drain and ready for cancellation, is now one of Nintendo’s biggest franchises. Buoyed tremendously by its characters appearing in Super Smash Bros, Fire Emblem is an example of the latter franchise’s propensity for playing king-maker.

Announced at last year’s E3, the Switch version of Fire Emblem is likely to be part of Nintendo’s June 12th presentation. The Switch is a perfect fit for the franchise: console releases like Path of Radiance have delivered huge, gorgeous maps. Handheld releases like Awakenings have delivered deliciously-difficult strategy on the go. Marrying these two aspects of the franchise is a match made in heaven. If Nintendo releases this game in the same window as Pokemon and Smash Bros, it’s going to be a very good year for gamers.

Gears of War 5 (Or Really Any Xbox Exclusives)

The Xbox One isn’t doing too well when compared to the PS4 and the Switch. A lot of momentum Microsoft carried into this console generation was wrecked by their awful DRM policies when the system was announced. Following the abysmal reaction to the announcement, early games on the system were plagued by network issues and bugs. Notably, the Master Chief Collection, a game that should have been an easy home run for the company, was bungled out of the gate and nearly unplayable.

Needless to say, Microsoft needs some wins. While they’re in no danger of going out of business or anything (hello, Windows), they do run the risk of becoming irrelevant. Sony does everything Xbox does, but with better graphics and better exclusives. At least, for now. Maybe Microsoft has some heavy hitters up their sleeve for E3. Maybe something like… Gears of War 5? Alright, I guess Gears games are cool. Maybe try somehting new, guys? Oh well, time will tell.

It’s absolutely astonishing that it took this long for a core Pokemon game to make it to home consoles. It’s almost funny: Nintendo had to make a hybrid console to finally maneuver Game Freak into making a Pokemon for one of their home consoles. In any event, the internet is collectively abuzz with hype for this release. This one is guaranteed money for Nintendo if they just put in a few much-demanded features.

A “pro” mode where they don’t teach you how to throw a damn Pokeball would be cool. Let my Pokemon follow me around in the overworld. Give me a 3D, over-the-shoulder camera. Little things, man. You guys should knock this one out of the park. Hell, Game Freak already made 1080p 3D renders of the entire Pokedex for X and Y. (Don’t believe me? Emulators can extract those models, and they’re gorgeous.) Fingers crossed that we see a lot of this one at E3.

Nintendo set the Internet ablaze when they announced Smash Bros for Switch at the end of their March Nintendo Direct. This series has achieved legendary status among Nintendo fans. Smash Bros singe-handedly ignited interest in the Fire Emblem series in the US. Characters included in this fighting game’s roster become instant icons. The promise of Smash on the go on a big, gorgeous Switch screen is a huge one. Two-player fighting in table top mode with split Joy Cons! Huge LAN-style parties with linked Switch systems! The Switch was seriously made for Smash.

Nintendo likely plans to launch their paid online service alongside Smash, so we’re likely to see it in September. I don’t think there’s another game that deserves as much attention at E3 as Smash. Seriously, any information Nintendo gives during their E3 Direct will be dissected, obsessed over and talked to death in the months before the game finally drops. Hopefully we can all keep our hype contained in the meantime.