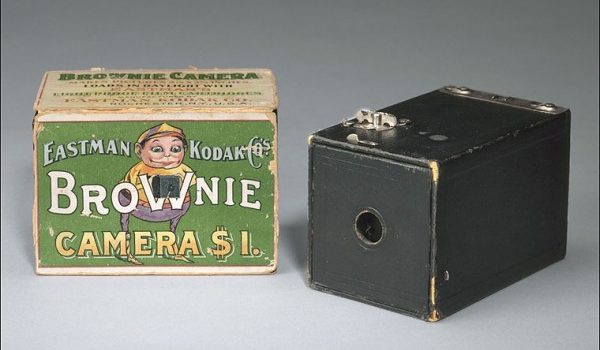 brownie1 Camera9 eastman1 film2 kodak1 tech throwback16
I like to take a look at where I’ve been to evaluate where Im going. Technology is cyclical after all… wait no its not.... 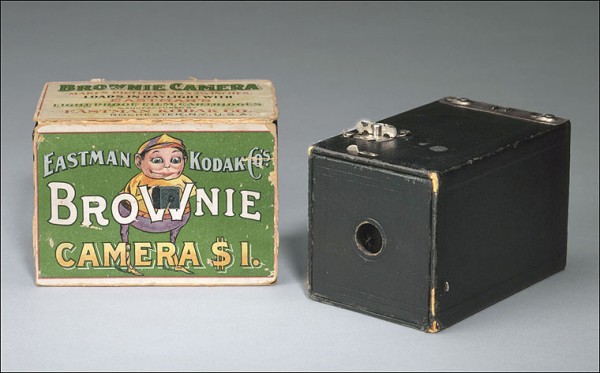 I like to take a look at where I’ve been to evaluate where Im going. Technology is cyclical after all… wait no its not. That said I still like all the feels that come rushing back like a flood of nostalgia every time I get my hand on the tech I grew up with. Im going to go back periodically and take a looking at the stuff that used to blow our hair back and get our minds rolling. Some of these device blew up and changed the world, some where ahead of their time and some just fell flat and became colossal failures. Today I’ve got my hands on the old and original Kodak Brownie Camera.

IF you have ever taken a real photography class, you know the best way to teach someone how a camera works is to have them make there own Kodak Brownie Camera. Kodak Marketed toward there camera to the turn of the century children. They were issues and  carried by soldiers. At the hefty 1900’s price tag of $1 (about $29 today)  they were affordable to everyone. Its a small, brown leatherette and cardboard camera and introduced the term “snapshot” through its ease of use and low cost.  it was introduced in February 1900, the Brownie took cameras off tripods and put them into everyday use. For Kodak, the low-cost shooter was the hook that allowed the company to reel in money through film sales. And for the rest of the world, it helped captured countless moments and shape civilization’s relationship to images.

The first model of the camera was invented by Frank A. Brownell. The name comes from the brownies in popular Palmer Cox cartoons. Consumers responded, and over 150,000 Brownie cameras were shipped in the first year of production. Over the years it was extremely popular and many versions of it existed.  There where many models over the years with feature and functionality improvements. My personal favorit was the Beau Brownie..

The Beau Brownie  was  a new version of the Brownie sold  from 1930 to 1933. They  had very little technical variation from the immensely popular Brownie cameras. With the only one big technical difference being the introduction of a new doublet lens, allowing the same picture to be projected on a film plate over a shorter distance and this made the Beau Brownies nearly 2″ shorter than their conventional counterparts. With an updated Art Deco design with an  enameled two-tone front plate, it was a stunning example of period tech. It was produced in  in five color combinations: black and burgundy, brown and tan, two-tone blue, two-tone green, and two-tone rose.

The Brownie operates under the following sequence of events:

Does it get any simpler?

One look at theses you instantly know what is is and where it came from. There are a little over a hundred variation of this original, portable, and everyday camera, but one definitely has its place in your heart,assuming you are older then 45 of course. Its evolution over its 100 year span was predictable and outstanding all at the same time holding true to its core design.  All I can say about the Kodak Brownie Camera is It came, It saw, and It captured an entire century.