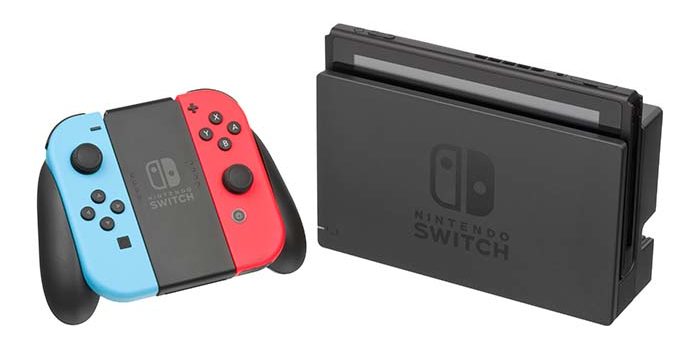 nintendo31 Nintendo switch15
The Nintendo Switch was released in March of 2017. In the intervening 20 months it has revitalized a struggling Nintendo and reignited interest in...

The Nintendo Switch was released in March of 2017. In the intervening 20 months it has revitalized a struggling Nintendo and reignited interest in the company’s most exciting properties. Recently, Nintendo showed off that they have sold 8.2 million Switch units in the US alone. That’s… that’s absolutely crazy. Let’s get into it.

8.2 million is one of those numbers that is so big it’s hard to wrap one’s head around. However, for comparison’s sake, the Switch has sold nearly as many units in 20 months as the PlayStation 2. In the five days between Thanksgiving and Cyber Monday, the Switch put up better numbers than the Wii did in a similar period.

Also, keep in mind that the system hasn’t even crossed its second holiday season yet. This is just the wind-up to the biggest sales season of the year.

This means that the Nintendo Switch is on track to sell similar unit numbers to some of the most successful home consoles of all time. With numbers like this, it could even post lifetime sales rivaling the PS2 and even the Wii.

That’s nothing but good news for Switch owners. Nintendo was looking pretty lackluster from 2012 when the Wii U was released until the launch of the Switch. There were even some speculating that the Switch was going to end up being a massive failure and spell doom for the company. Some people even suggested the Switch would be Nintendo’s Dreamcast: overly ambitious and destined to bankrupt the company.

Switch owners have a lot of great things to look forward to. In just one week, Super Smash Bros. Ultimate hits the system. This is sure to cause another huge jump in sales for the company as fans of the juggernaut series rush out to buy systems.

Down the line, 2019 is a huge year for the system. Fire Emblem, Yoshi and Animal Crossing have all been confirmed to release before year’s end. There is speculation that Metroid Prime 4 might land before the year is out, and Game Freak confirmed that the next Pokemon main series entry would be releasing in 2019.

In short, the future for Nintendo is bright. Time to buy some shades.