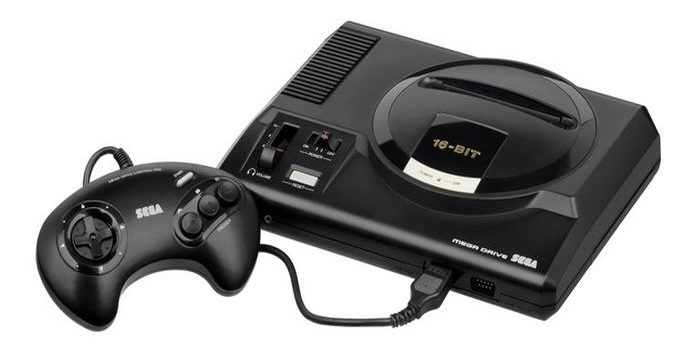 Sega Genesis Mini Games and Details: What and When?

sega5 sega genesis3
For a certain generation, the Sega Genesis defines what gaming looked like in the early 90’s. The slick, fast-paced action of Sonic the Hedgehog,...

For a certain generation, the Sega Genesis defines what gaming looked like in the early 90’s. The slick, fast-paced action of Sonic the Hedgehog, Streets of Rage and Gunstar Heroes has always been synonymous with Sega. Now, we can look forward to the upcoming Sega Genesis Mini to recapture that classic gaming feel.

The system itself is an adorable, miniature version of the Sega Genesis. Not the later redesign, mind you, but the chunkier original. The sleek black lines, glossy sheen and distinctly retro look all look great at the tiny scale.

Much like Nintendo’s own NES and SNES Classic systems, this one will include perfect recreations of the original controller. The incredibly faithful reproduction is core the Genesis Mini’s charm. There are countless ways to play Genesis games already on the market, so the exact replica appearance is key to this product’s appeal.

A huge draw to this system is sure to be the high number of games on display. No less than 40 games will come included with the system, making it a huge value. Of the forty, Sega has announced twenty. They are as follows.

The system is set to be released on September 19th in the US, UK and Australia. Interestingly, it will be released as the Sega Mega Drive in the UK and Australia, as per its original branding there. In the US, the system will retail for $80 MRSP. We’re excited to get our hands on the adorable collectible to go alongside our NES and SNES Classics!