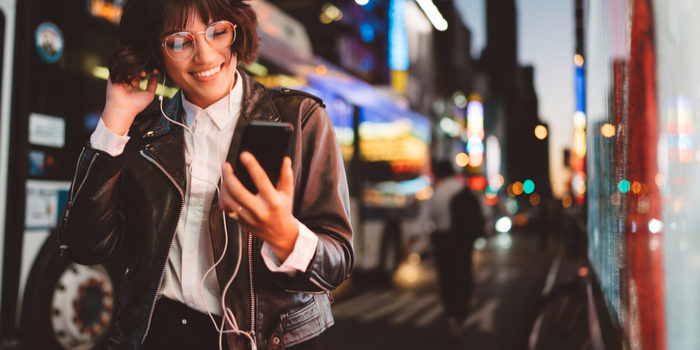 Apple Music3 music7 Spotify1
There are two big names in the world of music streaming services. On the one hand, there’s Apple Music, which is baked into the...

There are two big names in the world of music streaming services. On the one hand, there’s Apple Music, which is baked into the infrastructure of Apple’s iPhone line. On the other hand, there’s Spotify, an algorithm-driven service that compiles personalized playlists for listeners.

Spotify has now announced that their paid memberships have now exceeded 100 million users, doubling the 50 million Apple announced in January.

While there are tons of streaming services available, the biggest names in the mix are Spotify and Apple Music. Apple offers access to a wide range of songs from the iTunes store, allowing for downloads of songs and albums. The other big draw of Apple Music is that you get access to Beats One Radio, which is a live internet radio service featuring real DJs and radio shows.

Spotify is much more math-driven: there are no DJs, no real people selecting the songs on the playlists. However, the system is able to cater much more directly to the tastes of the user, thanks to the automated song selection software.

While Spotify is posting huge numbers in terms of global subscribers, Apple seems nonplussed by the situation. Apple Music is growing at the fastest rate of any streaming service in the US. This is good news for Apple, as the US is the largest single market for music consumption in the world.

Spotify, unlike Apple, also offers a free version that allows users to listen without paying but with ads. This, coupled with Apple’s more limited scope than Spotify, has made the Sweden-based service a popular global streaming option.

Of the two services, neither has a particular edge in an even field. Apple Music isn’t available on quite as many platforms as Spotify, but it can be downloaded on Android devices. For music-savvy users, either service is excellent for daily use.