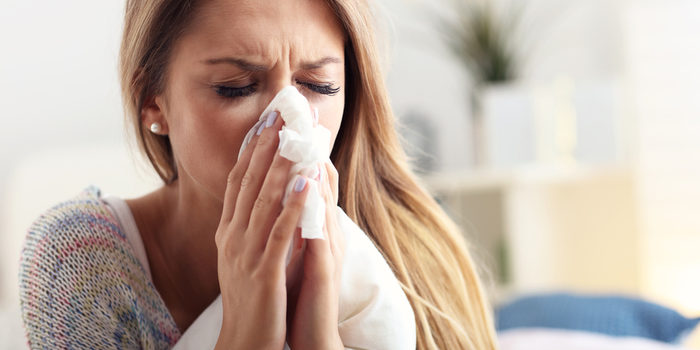 Best Ways to Stop a Runny Nose: Our Tips

There’s little as frustrating as battling with a runny nose. No matter what you try, it seems like you just keep blowing your nose...

There’s little as frustrating as battling with a runny nose. No matter what you try, it seems like you just keep blowing your nose with no end in sight. How can you take steps to expel this gunk from your sinuses, and what can you do to prevent this in the future? Here are our top tips for getting out ahead of a runny nose and feeling like your normal self.

This one should go without saying, but we’ll start here anyway. You need to stop sniffling! The more you sniffle, the worse off you’re making your symptoms. The mucus buildup in your nose needs to get out of your body, as your sinuses are too full of the stuff already. Get a tissue and expel as much of the runny, gross green stuff as you can stand. If that’s not working, it’s time to move on to some smaller steps.

Drink a ton of water, tea, or similar drinks. If you’re dehydrated, it’ll be more difficult for your body to loosen the sinus congestion that’s causing a lot of your stuffiness and runny nose. When you’re properly hydrated, your membranes can be lubricated more thoroughly. This, in turn, results in your congestion loosening in pressure and making your mucus thinner and easier to get out of your nose.

As you can imagine, this means you should avoid drinking things that are going to dehydrate you further. This means you should stay away from alcohol and sodas when you’re rocking a cold. We know, you already weren’t dying to pound a rum and Coke when you were nursing a cold, but still, it’s worth noting.

We mentioned tea earlier, but that one bears repeating. Your stuffy nose will probably feel a lot better if you drink a big, hot cup of tea. The steam from the heat, the hydration from the beverage and the aroma from the tea are all great for helping soothe your symptoms. Heat and steam are known to help decongest your blocked sinuses and help to open your nose up more.

Keep a tissue on hand: when you feel that congestion breaking up, it’s like your nose is about to start seriously running. Stop and blow your nose as hard as you can stand when you feel this wonderful breakdown of sinus pressure.

If these steps aren’t cutting it, turn on a hot shower. The steam and hot water will likely have a decongestant effect, much like hot tea, and can help you get the congestion out of your nose. The best thing about doing this in a hot shower is that you can blow your nose as much as you need to and it’ll simply get washed down the drain. No having to burn through tissues, and you’ll feel much better after a long, hot shower.

If none of this is working, it’s time to bust out the big guns.

A Neti Pot is a type of nasal lavage, or nasal irrigation, in the form of a small pot with a spout. You use the spout to flush water into one nostril and out the other, with the express intent of cleaning out your sinuses. It’s a weird, but extremely relieving, sensation.

While this might sound gross on the surface, it’s one of the most direct ways to literally flush all of that gunk out of your sinuses. It’s strangely relieving to directly combat the problem in a way that leaves your sinuses clear and your nose free of running and sniffling.