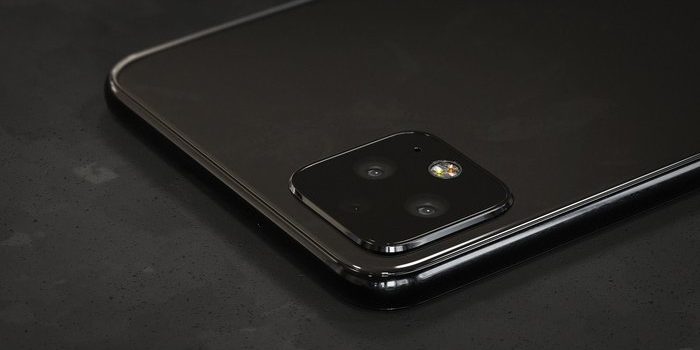 android190 Google Pixel 42
Back in June, Google “leaked” their own official image of the Pixel 4. Then, they unveiled a YouTube video that showcases the Pixel’s motion...

Back in June, Google “leaked” their own official image of the Pixel 4. Then, they unveiled a YouTube video that showcases the Pixel’s motion sensing technology, and, most impressively, face unlocking technology. Clearly, Google’s got its eyes set on taking a piece of Apple’s pie. Let’s talk about some of the features confirmed to be coming to Google’s newest flagship phone.

One of the confirmed features coming to the Pixel 4 is a multi-camera array on the rear of the phone. The Pixel phones have all sported rather impressive cameras over their lifespan, rivalling even Samsung and Apple for their camera fidelity. While the confirmation that the Pixel 4 is a powerhouse in terms of cameras is far from surprising, it’s still comforting.

That multi-camera array is housed in a square-shaped setup on the back of the phone, in the top corner. This square isn’t dissimilar from leaked photos we’ve seen of iPhone 11s, which are also set to release with a multi-camera array in a square housing. As Google continues to make moves to position themselves as “Apple, but open source” its not surprising that they’re emulating the Cupertino design ethos.

The recently-unveiled YouTube video from Google’s official account goes into more detail about the upcoming phone’s features. Notable among them is the face unlock functionality, which Google promises to be robust and responsive. The company has a bit of an uphill battle when it comes to making this technology competitive with Apple’s offering, though.

Apple’s Face ID technology is downright astonishing. Men using the phone can shave their beards and still be identified. Women under heavy amounts of makeup can still unlock their phones. Essentially, the Face ID technology blows fingerprint scanners out of the water in terms of both security and convenience. Google’s likely trying to emulate this intersection of secure and useful with their own iteration of the face unlock feature.

A very unique aspect of the Pixel 4 is the motion-detecting software shown off by Google in the promotional material. This “touchless” input form isn’t unlike the LG G8 ThinQ, which also allows for various inputs in the form of gestures made with the handset. Google promises functions like skipping songs, pausing videos, silencing calls and snoozing alarms will all be capable through the use of the motion technology.

Both the motion detection and face unlock seem to be based in the Soli radar chip. This is likely why the phone has only one front-facing camera in spite of offering face unlock. The radar chip can detect distance and motion in ways that other phone chips simply can’t. Apple’s Face ID, for instance, requires two cameras to take a 3D scan of your face in order to secure unlock your device.

It’s no secret that Google is less than pleased about the sales performance of the Pixel 3 line. There are a number of hurdles that the handset simply couldn’t overcome in order to break through for Samsung-like success in the crowded Android market. For instance, it’s only available through Google’s site or in Verizon stores, though it can operate on any network. Another thing holding the phone back is stiff competition from Samsung, OnePlus, LG and Huawei.

The Pixel 4 will need to be exceptional to catch the eyes of Android users. By positioning themselves as the “Android iPhone,” Google’s doubling down on the boutique-style, “all in house” feel that Apple offers with their tight focus on iOS through their own devices. Hopefully, for Google, they have more in their bag of tricks this time around to make the Pixel 4 a popular choice for Android users.