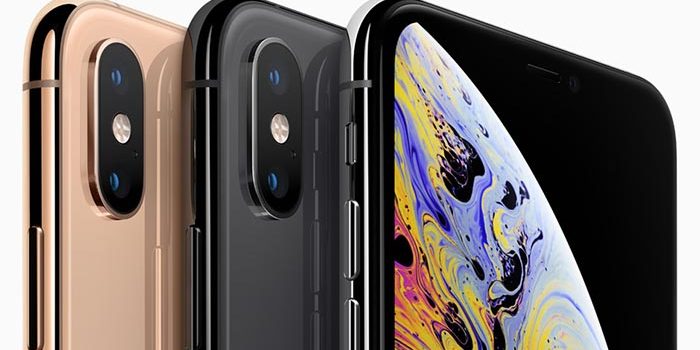 Is $1000 too Much for a Smartphone? Price Trends

android190 apple170 smartphones14
In the last few years, we’ve seen premium smartphone prices get a little out of control. When Apple unveiled the iPhone X and the...

In the last few years, we’ve seen premium smartphone prices get a little out of control. When Apple unveiled the iPhone X and the public found out it would cost a cool $1,000, people were a little shocked. Likewise, when the Samsung Galaxy S9 was announced to be at that same price point, people were concerned about the trajectory of smartphone prices.

The latest move in this direction has been the absurd asking price for the upcoming Samsung Galaxy Fold. The super-premium smartphone will retail for nearly $2,000, making it twice as expensive as the line that many feel is too high for smartphones. In addition to this, smartphone sales are lagging across the board. What does this mean for the industry?

Apple has been posting consistently slumping sales for the iPhone line. This isn’t due to the quality of the phones: ostensibly, the iPhone XS is the best iPhone ever. The XR, it’s less-expensive cousin, has sold far better, though, despite having notably weaker hardware under the hood. This is because it costs a solid $250 less. It seems consumers don’t mind shelling out $750 on the high end, but $1,000 is simply unreasonable for the average consumer.

Samsung has experienced similar sales trends. Their tremendously expensive Galaxy S9 and Galaxy S10 handsets have sold poorly when compared to their predecessors, though Samsung’s A-series of more budget-friendly phones has sold incredibly well. If this has taught phone manufacturers anything, it’s that less-expensive phones are the preferred type in the modern landscape. But why is that?

There was a point in time when people would trade their phones out for the newest model once every two years or so. This cycle was so consistent that manufacturers literally had strong years and weak years to incentivize it. Today, though, the average consumer is waiting three years or more before they trade their phone up for a new one. Phones aren’t just more expensive, they’re better across the board than in the past.

In general, smartphones are better now than ever before. Crisp screens, unbelievable cameras, fast processors. Even phones in the $500 to $750 range are unbelievably powerful. For the average consumer, a strong phone with a good camera that gets tons of software updates is just as good as the hottest new thing. Besides, why shell out $1,000 for a new phone when your current phone works fantastically well?

Hardware revisions in recent years have slowed in intensity greatly. At one point in time, each new generation of phones brought huge increases in power and speed. Now, each new model year is iterative instead of revolutionary. There’s not a lot distinguishing the iPhone X from the XS, or the Galaxy S9 from the S10.

Instead, software updates are the meat of the current smartphone cycle. Android is polishing their next OS update, Android Q, while Apple is hard at work on iOS 13. These two are likely to be bigger news than whatever new handsets the two companies drop this September. After all, iPhones all the way from the SE can use the new iOS, making them feel like they have a new lease on life.

It wouldn’t surprise us if the big phone manufacturers slowed down significantly on hardware production. Rather than trying to dress up minor revisions as brand-new handsets, it’s more likely we’ll see them issue a main flagship phone, its budget sibling and an XL version, and hold on to those for around three years. Then, when a major shift does come along, they can push out their newest handset, organically picking up new users along the way with software updates.

Or maybe they’ll keep throwing $2,000 folding phones at us. Who knows?