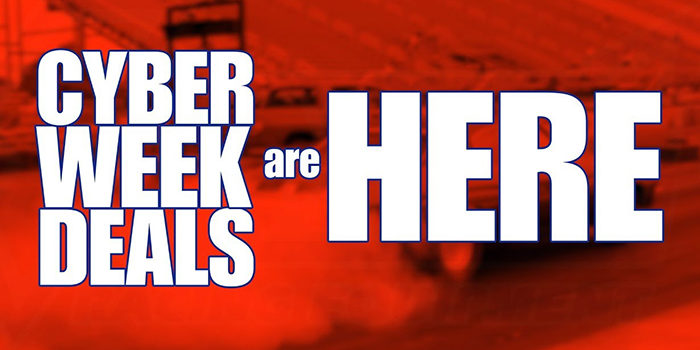 FINALLY! This Year Cyber Week Shoppers Can Celebrate too.

Black Friday57 Cyber Monday90
As the days in November fly by, with few exceptions, many major retailers plan to kick off their in-store Black Friday sales on Thanksgiving.... 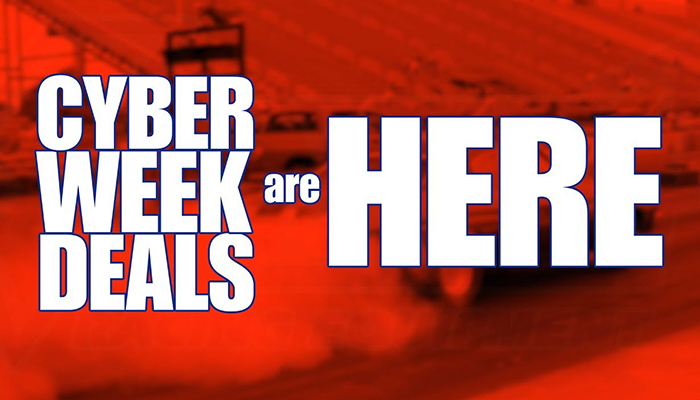 As the days in November fly by, with few exceptions, many major retailers plan to kick off their in-store Black Friday sales on Thanksgiving. But Cyber week is their chance to appeal to shoppers who prefer to do their shopping behind a keyboard.

As the days in November fly by, with few exceptions, many major retailers plan to kick off their in-store Black Friday sales on Thanksgiving. Here are the major Black Friday ads that have been released. Check back often as we will continue to update with more sales circulars as they are released:

If you’re in the market for a new TV, Apple device or other electronics, this is the Black Friday ad you’ve been waiting for.

Best Buy revealed its Black Friday sale, kicking off hundreds of early deals available through Sunday, Nov. 10. For the sixth year, most stores will open at 5 p.m. Thanksgiving and close at 1 a.m. Friday. Stores will then reopen at 8 a.m. Black Friday.

In addition to the early deals, from Monday through Nov. 20, Best Buy will roll out “Daily Doorbusters,” giving early access to “the very best deals in the ad” with one doorbuster available each day while supplies last.

Bullseye! One of the most anticipated Black Friday ads of the season has arrived.

Target kicks off early deals from its Black Friday ad Nov. 8-9 and then will have more deal days leading up to its big holiday sale that begins Thanksgiving. Shoppers with a RedCard and members of the new Target Circle loyalty program get early access to deals Wednesday, Nov. 27.

Target also introduced “HoliDeals” – savings on thousands of items throughout the season – kicks off Friday, Nov. 8 with a two-day Black Friday preview sale.

Walmart is gearing up for a shorter holiday shopping season by launching online deals earlier than ever before.

If you’ve been waiting to buy a brand-new suite of matching appliances, November is the right time to do it. You will see some of the lowest prices of the year this month, on most major appliances—from ranges, refrigerators, and dishwashers to matching washer and dryer sets.

The members-only warehouse club is holding its holiday sale in five windows, with some deals available now and others continuing through Cyber Monday (Dec. 2). Costco is closed on Thanksgiving, but some of its Black Friday doorbusters will begin online that day including deals on televisions, electronics, gaming systems, jewelry, food and more.

Keeping with tradition, J.C. Penney will kick off its Black Friday sale at 2 p.m. Thanksgiving Day with a mystery coupon giveaway and chance to score a $500 shopping spree. There are deals on small appliances, toys and clothing.

Bed Bath & Beyond is bucking its longtime tradition of staying closed on Thanksgiving and, for the first time ever, the New Jersey-based home goods retailer will kick off its in-store Black Friday sale on the holiday. Thanksgiving Day and early Black Friday shoppers can get a coupon for 25% off their purchase.

Kmart’s Black Friday ad is much smaller than in 2018 and so is the retailer’s store footprint. Days after releasing its ad, a new round of store closings was announced with 45 Kmart stores included. The liquidation at these stores is set to start after Black Friday on Dec. 2. Kmart stores will be open 6 a.m. to midnight Thanksgiving and reopen 6 a.m. Black Friday.

Kohl’s is bringing back its $15 Kohl’s Cash for its Black Friday sale starting on Nov. 25 and continuing through Black Friday. Limited doorbusters will be available starting at 12:01 a.m. CST Thanksgiving Day online ahead of the in-store sale. The in-store sale continues through 1 p.m. local time on Black Friday, Nov. 29, and while supplies last Friday online.