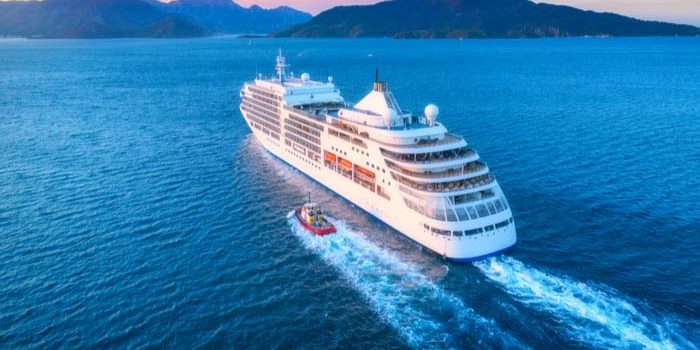 Amazing Cruises for 2021: Our Review- Alaska, Egypt, Scandinavia and More!

2021 Best Cruise Deals1 Alaska Cruise1 Europe Cruise Deals1
For many people, the words “World Cruise” represent the definitive holiday of a lifetime. On a cruise, you can see many of the places... 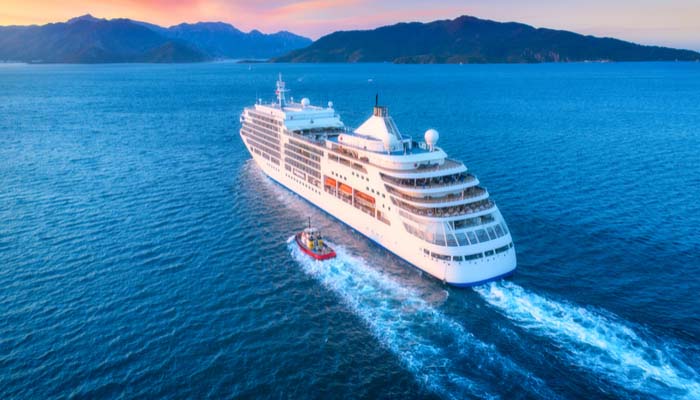 For many people, the words “World Cruise” represent the definitive holiday of a lifetime. On a cruise, you can see many of the places you have longed to see all your life, and you do not have to pack and unpack.

A further benefit is that you do not need to negotiate several airports and tricky connections while you travel in the safe environment of a cruise ship. Long gone are the days where you would spend hours daydreaming about your perfect cruise. Understandably, it is commonplace for people to hesitate about the idea of going on a cruise. The said hesitation can be attributed to numerous things, most crucial of which is the budget and the time of year the cruise is taking place.

Another thing that is of paramount importance to consider before deciding to sign up for any particular cruise is the level of security the cruise service has, coupled with the safety the cruise provides to its members. As a result of all these factors, it may be a bit onerous to try and find the cruise tailor suited for you.

Thankfully, having perused through a plethora of testimonials and references, we have been able to come up with the best cruises you can take in 2021. The only way you can truly know how good a cruise is through the people who have been on it, and it is through the said testimonials that we have compiled this list.

Amongst the cruises, we have selected you will find one that offers a trip down the Nile, another whose itinerary includes an adventure on the arctic, and another that covers almost the entire world in 180 days. It is solely up to you to select one that meets your preferences.

Celebrity Cruises and the cruises around Alaska

The cruise line business is ever-dynamic. Keeping true to this nature, Celebrity cruises aims at making sure that everything on their cruise ships is kept up to date. With the Celebrity Eclipse, for example, will be taking its first cruise in the last frontier since its multi-million dollar transformation, and you can be assured that the revolutionized cruise ship will meet all your expectations and then some.

With celebrity cruises, you get a plethora of cruises, all of which are fun and have a wonderful, breathtaking itinerary. It is solely up to you to decide on the one that works perfectly for you. Here are the cruises that the cruising company is offering.

The itinerary on these various cruises is something to die for. They include stops in Homer, a paradise located in the farthest reaches of the Kenai Peninsula, where you can fish and move around learning about the region and its culture. You will also have stops in places like Vancouver, a picturesque port town that is as energetic as it is entertaining.

Mountain and glaciers are perhaps the main reason why people go for cruises around Alaska in the first place and the cruises that Celebrity Cruises offer come jam-packed with scenic glaciers and exotic wildlife. Stops at Seward, Alaska, and Juneau will introduce you to stunning glaciers and the fauna and flora that come with it.

With celebrity cruises, you can be assured that you will find a cruise that not only works for your budget, but also one that will give you the best value for money.

‘The secrets of Egypt and the Nile’ by AmaWaterways River Cruise

AmaWaterways River Cruises offers you’re the chance of a lifetime. By riding through the AmaDahlia, one of the most luxurious river cruise ships, and AmaWterways 25th, you can partake in an 11-night adventure that entails traveling on both the land and sea.

Starting in September 2021, the guests on the cruises can tour around Egypt and appreciate the ancient beauty it brings forward. The travelers on the cruise will visit the Pyramids of Giza, the Valley of Kings and Queens, the Temple of Luxor, the Great Sphinx amongst others.

The icing on this already delicious cake is that the guests will be given a private tour of the Abdeen Presidential Palace. Additionally, they will also visit the Alabaster Mosque in Cairo and the Egyptian Museum. The itinerary for this particular cruise is something out of heaven.

Norwegian Cruise Line and the ‘nine-day cruise to Scandinavia, Russia and the Baltic’

Europe is littered with the most beautiful views and places. Norwegian Cruise’s raison d’être is to provide you with a means through which you can enjoy all of the said places. The cruise line’s ship, the Norwegian Escape, brings this philosophy into reality.

In it, you are assured that you will have the time of your life. As a result of its grandeur and a la mode styling, the Norwegian Escape has won a plethora of awards. In it, there are eighteen dining venues, in which you can enjoy the meals that have been prepared for you. Additionally, there is a waterfront cocktail lounge and a spa. There is also a wide range of staterooms.

All these features have been put in place so that the guests on the cruise can enjoy their adventure around Scandinavia, Russia, and the Baltic Sea. They provide a relaxing feel as you enjoy the cruise that starts in Berlin and then moves to Helsinki in Finland. Afterward, you will move to St. Petersburg, where you will enjoy two glorious days of moving around and absorbing the city’s culture. Tallinn, the capital city of Estonia, is your next port, followed by a stop in Stockholm, Sweden.

Deep sited in every human being is the urge to explore. The desire to discover new places and the curiosity of what lies on the horizon is what has pushed humans to become what they are today and it is what pushes them even further.

To quench this said thirst for adventure, while simultaneously having the time of your life, Crystal Cruises has provided one of the best and longest cruises you will find in the market. Described by many as the ‘journey of a lifetime’, this cruse that lasts for 13 nights is the stuff of legend, covering almost every single continent.

Starting off in the sunny city that is Miami, this cruise moves through the Panama Canal and goes all the way to Hawaii, having passed and stopped in Puerto Vallarta and San Diego. This is when the real fun begins. Afterward, the cruise moves to Australia, then Asia, where it makes stops in Singapore, China, Japan, Dubai, and India.

This is just the tip of the iceberg. The cruise then travels along the Nile, moving through the Suez Canal. It then makes its way to the European Leg of the cruise, where it makes stops in Greece, Italy, Spain, Portugal, and France. The cruise then ends in London.

Inside the Crystal Serenity, the cruise ship that embarks on this adventure around the world, you can be assured that you will have a delightful time.

Celebrity Cruises, as mentioned earlier, is one of the biggest Cruise companies in the world. The reason behind this is simple. Time and again, the company has proven that it can provide the best cruises in the world, both in terms of the places explored and the cruise ships that are used in the said cruises.

A prime illustration of this philosophy, one that the company has perfected, is the European Cruises that it offers. Take for example the seven-night cruise onboard one of the most majestic cruise ships not just in the Celebrity Cruises fleet, but also in the world, the Celebrity Infinity.

As stated before, Celebrity Cruises prides itself on providing the most modern services and cruises. It is for this reason that the Celebrity Infinity cruise ship has been modified and is almost completely renovated.

The ‘Italy, Croatia and Montenegro Cruise’ is the stuff of dreams. It begins in Venice, the capital of elegance and chicness, where you can explore the canals and waterways in the great and ancient city.

After you have been at sea, relaxing and having the time of your life, the cruise makes a stop at Naples, which gives you the opportunity to travel around the city, appreciate its heritage and culture and enjoy the delicacies it provides. The final stop of the cruise is Rome’s Civitavecchia.

The thirteen-day cruise takes place in one of the most luxurious cruise ships you will find, the Silver Shadow. Taking off from Port Lauderdale, the cruise is at sea for two days before making a pit-stop in Hamilton in Bermuda. There, you will be able to enjoy the pink sandy beaches and boat tours on glass-bottom boats and the historic venues all around the city.

After the vacation in Hamilton, Bermuda, the cruise makes a four-day journey through the Atlantic Ocean. It is during these four days that you will be able to enjoy the plethora of niceties that the Silver Shadow offers. Sunny days in the pool and lounging out while enjoying the ocean are just some of the numerous things you can do before the cruise arrives on the other side of the pond.

It is in Portugal that the cruise ship will make its next pit stop. There, at Punta Delgada and Horta, you will enjoy the splendid scenes that Portugal’s Azures offer. From volcanic landscapes to natural hot springs and sandy beaches, you will without a doubt have the time of your life.

Lastly, the ship will make a two-day cruise all the way to Lisbon, the capital of Portugal. During this time, you can indulge further in the good things that the cruise ship has in store for you.

Oceania Cruise and the ‘Around the World in 180 Days’

Cruises are about having the time of your life while you explore the world. They are about vacationing and learning simultaneously. They are about being introduced to new cultures while enjoying the numerous niceties that the world offers, from food to cuisine.

You will find no other cruise that satisfies all these requirements more than what Oceania Cruises offers. The ‘Around the World in 180 days’ will introduce you to cultures and sights you thought you might never see. It covers every single continent that isn’t covered with ice, so you can be assured that you will have your fair share of new adventures.

Starting off in Miami, as most of the cruises do, this cruise moves pass through numerous ports in Central America and then South America, before crossing the Pacific Ocean. Afterward, it moves through Asia, Europe, the Middle East, and then the Mediterranean.

It doesn’t stop there. The cruise moves north, through the English Channel, and stops at London before embarking on the return journey to the states, with further stops in Greenland, Iceland, and Canada.

When it comes to value for money, you will find no cruise that is better than what Oceana provides with this particular one. This is the reason as to why both cruising aficionados and novices alike find this particular cruise to be the best there is.

Inclusive in the booking of one spot in this cruise is a first-class round-trip airfare, all of the drinks on board, well over seventy excursions, and 7,000 dollars’ worth of shipboard credit. It simply cannot get any better than that.