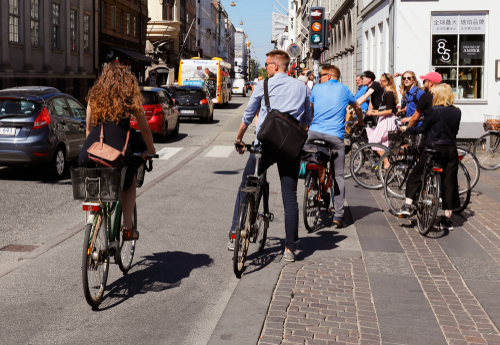 Largest Bike Sharing Service in the US!

bike sharing2 ebike1 Lyft5 uber7
Lyft has recently acquired the largest bike sharing service (yeah, that’s a thing, apparently) in the US for $250 million. If that’s got you...

Lyft has recently acquired the largest bike sharing service (yeah, that’s a thing, apparently) in the US for $250 million. If that’s got you scratching your head, don’t worry, we are too. Jokes aside, the bike company, called Motivate, operates a number of bike rental services in urban centers that use bikes instead of cars. The offered bike rentals around the city are a combination of novel and useful. For one thing, they’re just neat: you go to a docking station and grab a bike! Additionally, the usefulness of not having to lug a bike downtown is a big draw to customers.

Similarly, Uber recently purchased New York-based Jump Bikes. Lyft and Uber’s sudden interest in the bike sharing market may seem odd at a glance, but it makes sense. The primary income for both companies comes from densely-packed urban centers. Those same urban centers are a prime location for using a bike to get around. And, what better way to dig into Uber and Lyft than offering cheap bike rentals?

In order to head off this potential thorn in their side, the companies did the thing they do best, and threw money at the problem. In this case, it worked out pretty well: they both possess significantly more bikes now than they did, and the competition is gone.

That said, Lyft seems to have come out on top, as Motivate currently operates in dozens of cities in the US. This marks the first time the ride sharing company considered second-fiddle to Uber has come out on top in a bid for supremacy. This can only spell good things for customers: increased competition leads to better, cheaper services. If you find yourself in a large metropolis looking for a good way to get around, keep your eyes peeled for a Lyft sign over a bike station. You might just be able to drop some quarters and grab a two-wheeled ride!